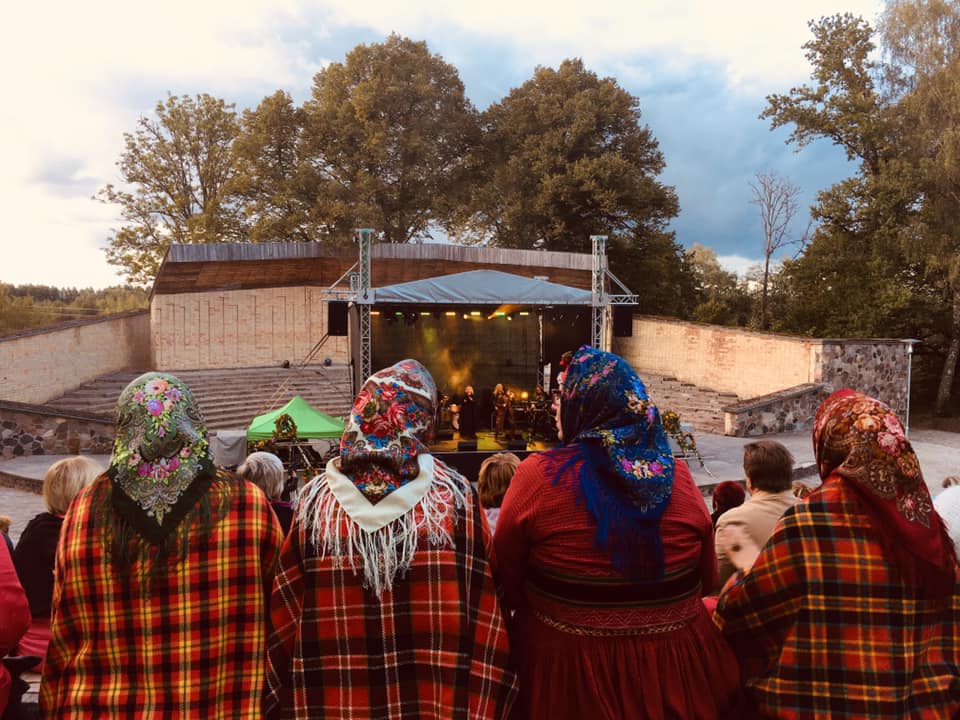 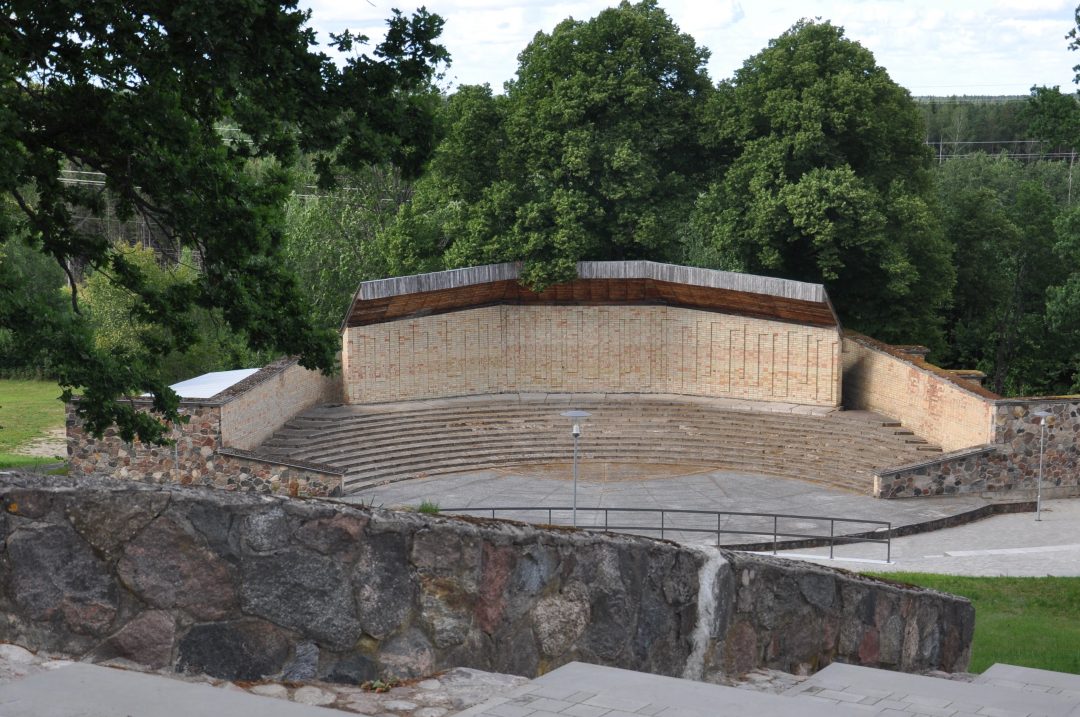 The stage was built in 1958, then rebuilt and renovated several times (architect M. Siliņš). Since the Pope open-air stage is located in the highest place of Ventspils region, from the very top it offers a beautiful view of the surroundings. From the stage side one can see Ventspils in the clear evenings, and ships at sea. On the other side – the south one – there is a panorama of Pope Parish.

The Song and Labour Festival took place here in 1949, as well as open-air theatre performances and operettas. When the new stage was built, it became the stage for the whole Ventspils district (for the time being), where the biggest and most beautiful events would take place. Thus, in 1988 the first dialect festival took place in Pope, in 1989 – the folklore festival of Kurzeme region, in 1991 the folklore festival “Baltika 91” took place.

For many years, the stage was silent and its crumbling walls quickly overgrew with bushes. Since 2016, the association “Popes muiža” has been actively organising stage clean-ups and participating in various project competitions with the involvement of the wide public, thus obtaining funding for the stage renovation. 2019. In 2019, Ventspils Municipality implemented a project to rebuild the spectator seats of the Pope open-air stage with the support of the European Agricultural Fund for Rural Development.