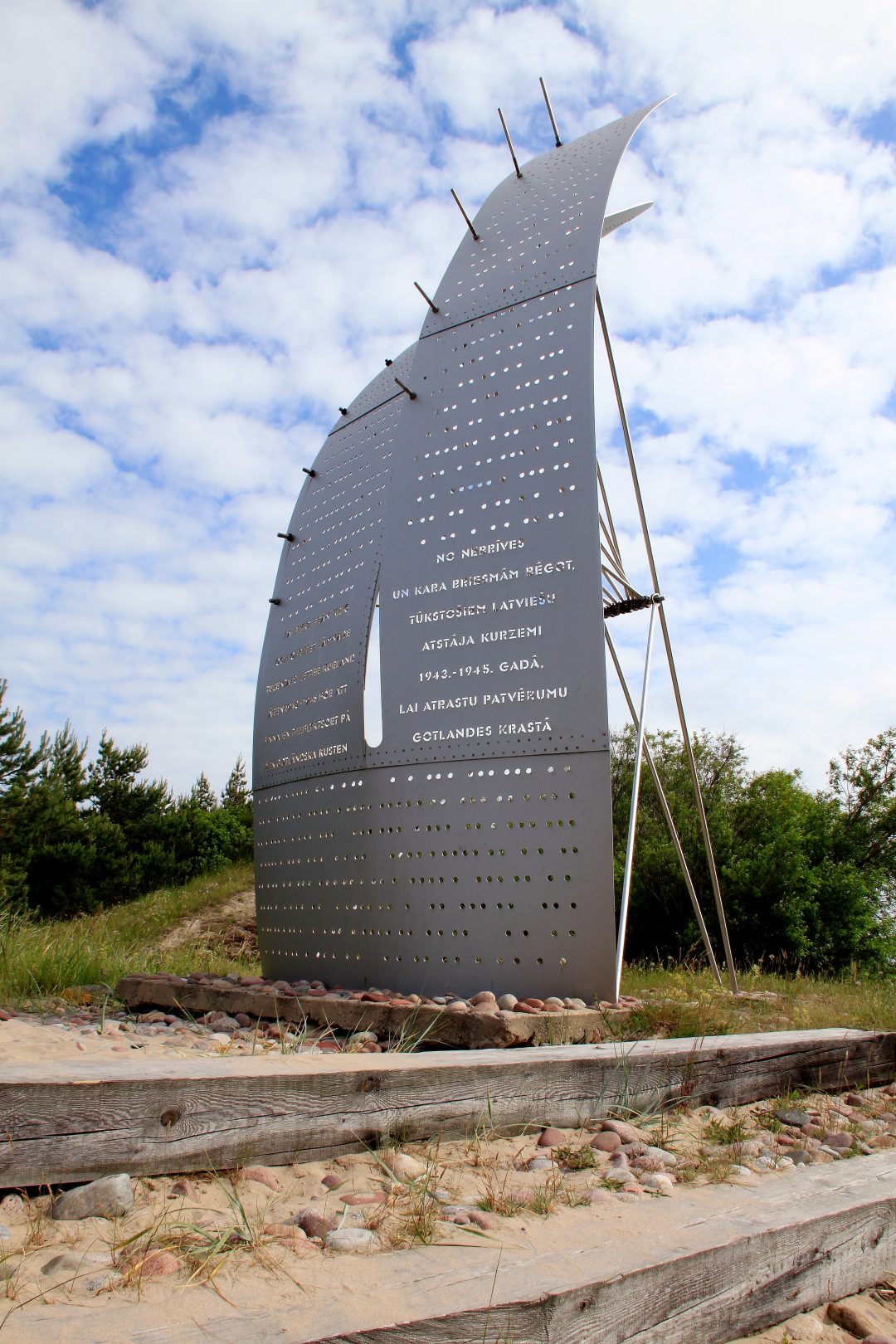 The memorial “Sail of Hope” created by the sculptor Ęirts Burvjas marks the place from where, in the period from the fall of 1944 to the spring of 1945, fearing the repeated occupation of the USSR, but not wanting to evacuate to Germany, which was destroyed and also threatened by the Soviet army, some citizens of Latvia tried by sea as the only possible way to reach neutral Sweden.

Destination of fugitives’ boats was the closest to Latvia territory of Sweden – Gotland. Journeys often began from the Western coast of Kurzeme (distance between Kurzeme and Gotland is 90 nautical miles or 170 km).

Memorial plaque in honour of Latvian fugitives represents the sail of hope. The crack in it represents dramatic separation, difficulties and pain of our nationals abroad.