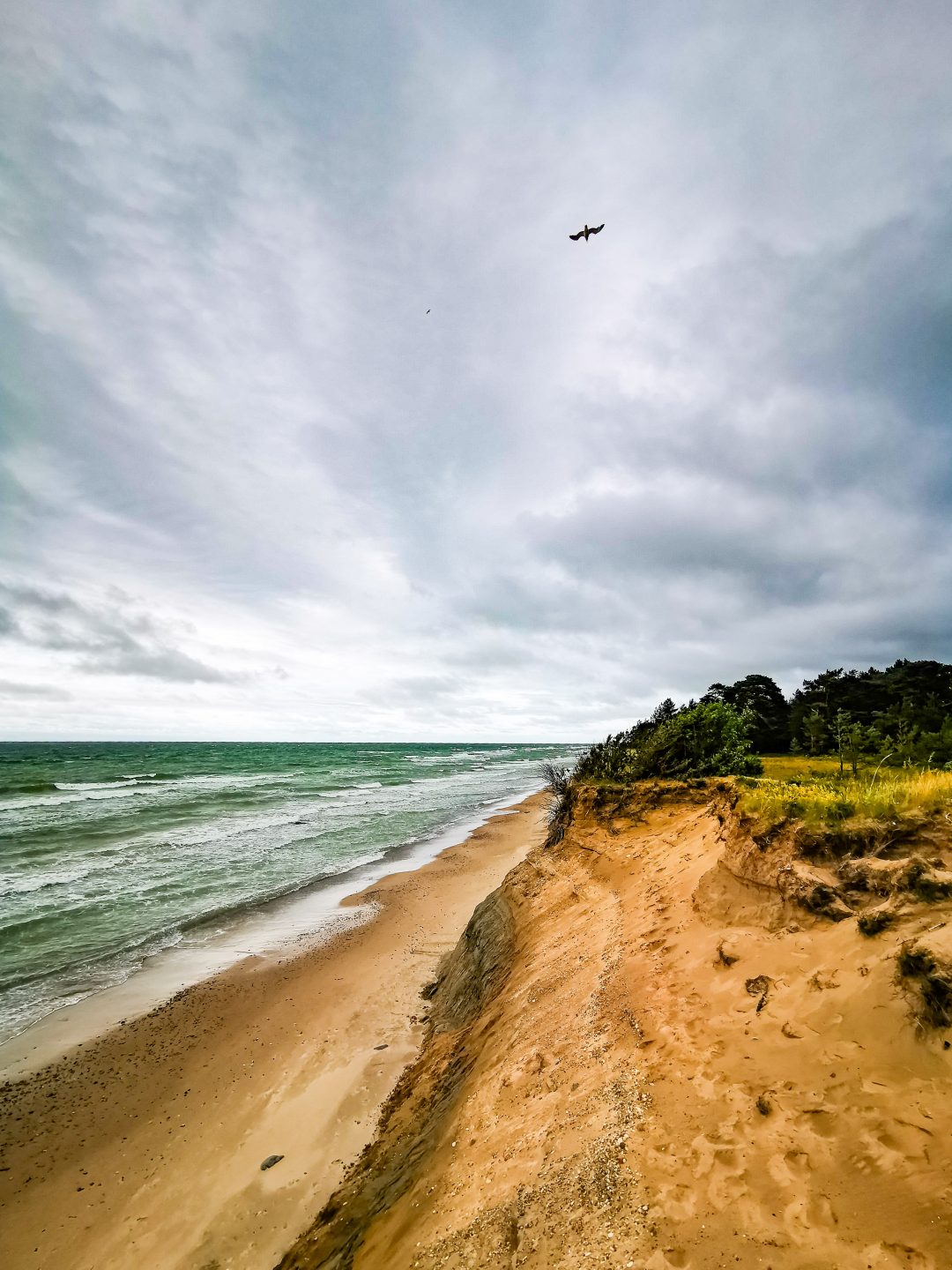 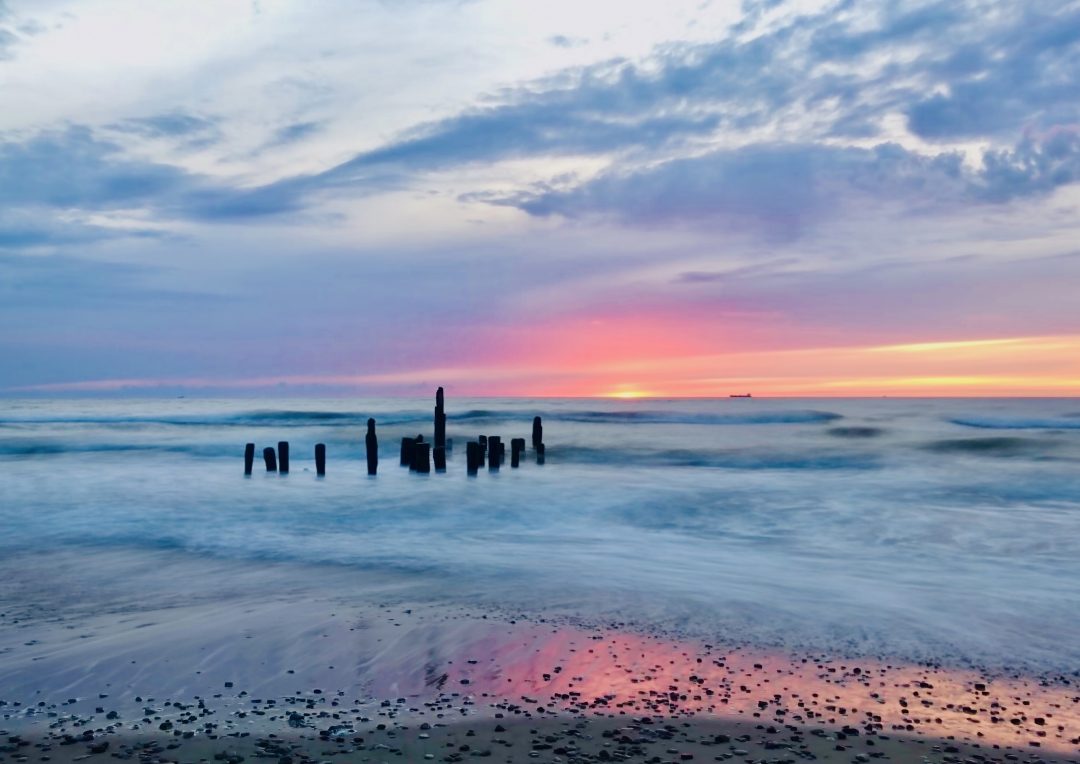 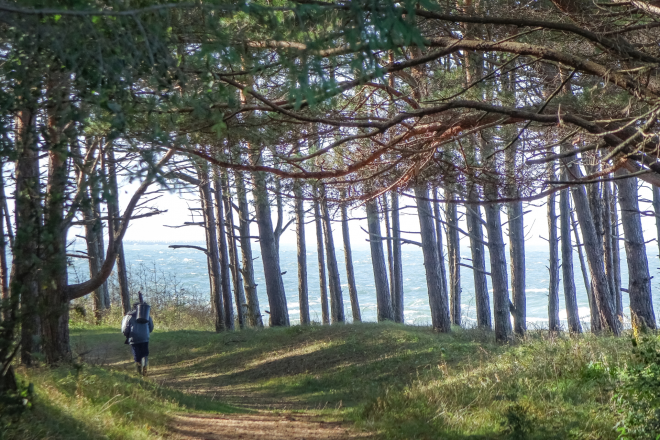 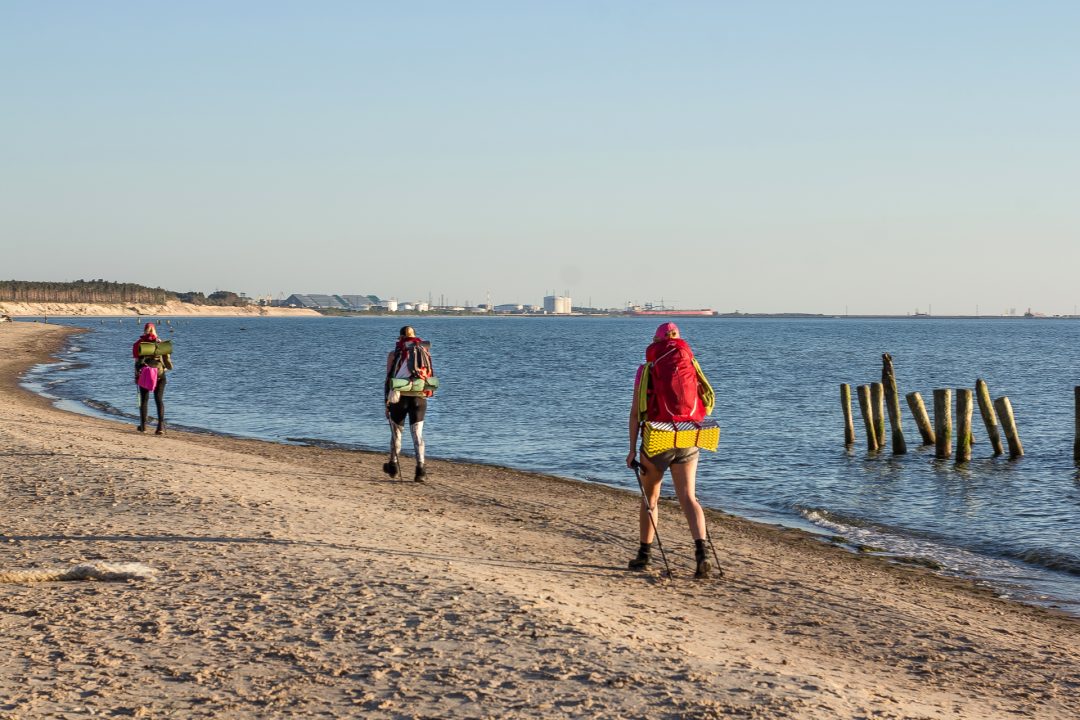 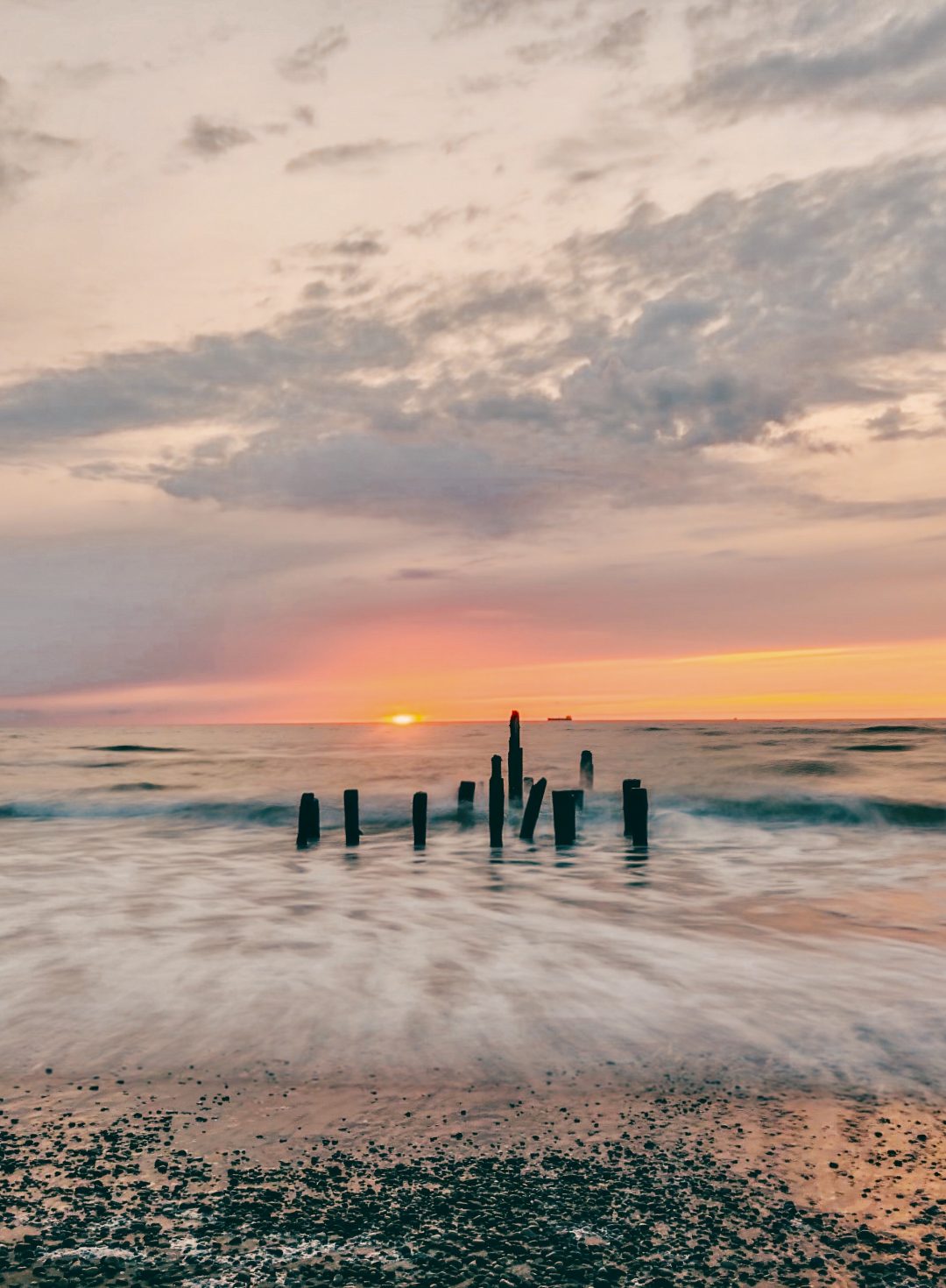 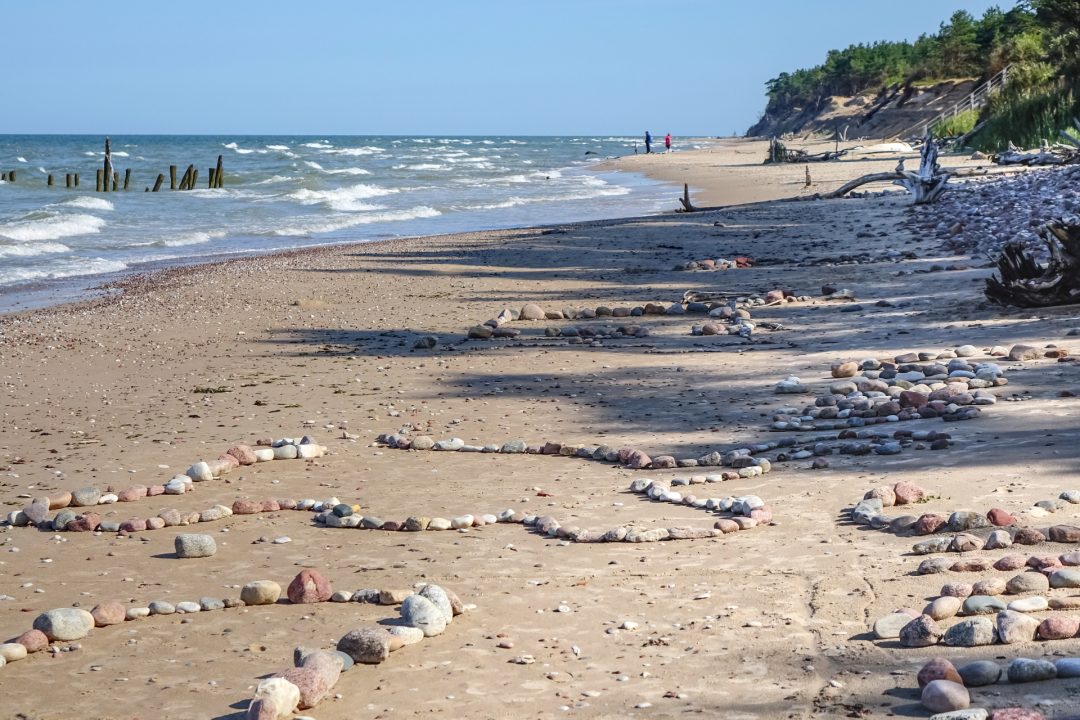 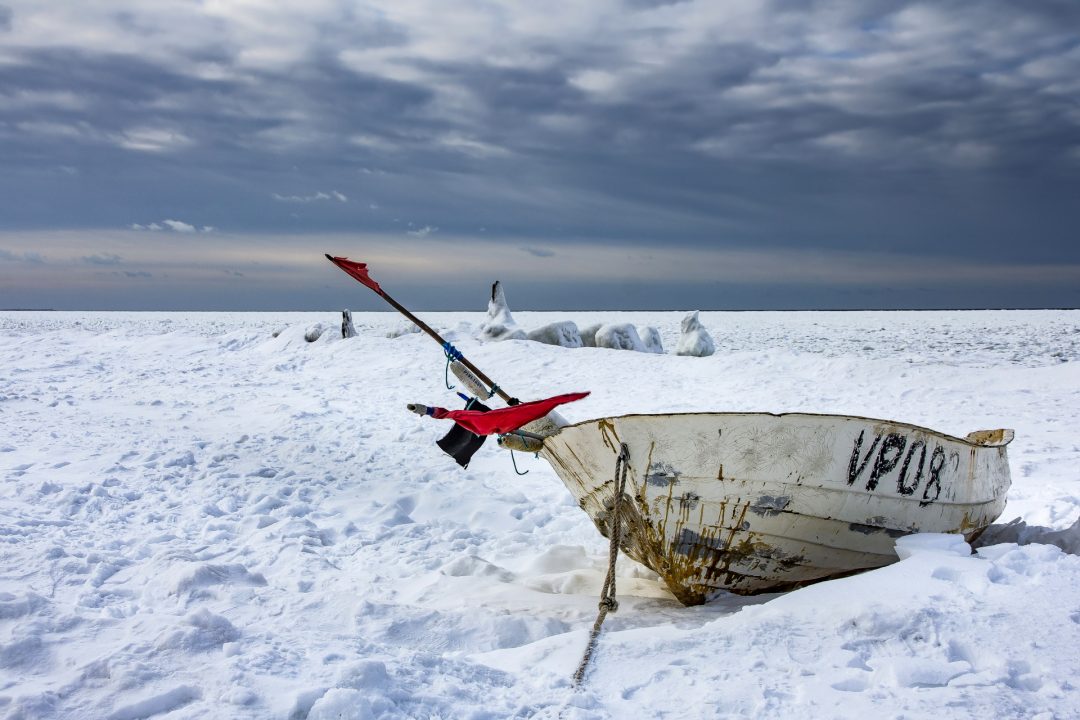 Staldzene – an old fishing village with some homesteads surviving from the 19th century, lies to the North of Ventspils on the way to the Kolka point. Here fishermen can still be seen going out to sea, and on calm evenings the scent of dry-cured Baltic plaice wafts through the air.

Staldzene is popular with both townsfolk and tourists alike for its walking paths, swimming beach and its dramatic steep coastline. Staldzene steep coast is the highest in Latvia.

It is a typical abrasive-type coastline 4 to 8 m high, where deposits of various stages of the Baltic Sea development are exposed for approximately 400 m. As a result of the erosion of the sea, the steep coast is washed away. Based on marine coastline monitoring data, the annual deviation of the coast is estimated at 1 m, because of which the area of the natural monument is reduced and is currently about 6 ha. Therefore, this outcrop has a limited lifetime, reports the information source of the Specially protected nature territory of Ventspils City. Its height has also decreased in the last decade. In the 70s of the last century, the height of the steep coast reached 12 m. Washing away of the steep coast is determined by the combination of several factors, including specific meteorological conditions – wind speed and direction, air temperature, sea level height, currents, waves, ice formation, etc. The Ventspils Port Piers and the deep fairway channel still have a significant impact, which completely stops the natural movement of sediments past the port to the north.

Staldzene steep coastline contains protected habitats of European and Latvian importance: wooded seaside dunes, boreal forests, calcareous sand meadows and gray dunes covered with herbaceous plants. There are also 8 specially protected plant species in the territory of the nature monument. Some plants are found only in Ventspils and Pape area in Latvia.

Staldzene steep coastline is announced the geolocation of Latvia in 2021. The informative stands of this geolocation were opened by Dainis Ozols, an expert of the Nature Protection Board and the society “Ziemeļvidzemes Ģeoparks” (“North Vidzeme Geopark”). He holds a view that it is important to give an idea and raise interest of people in the geology science sector, and this was also one of the main tasks of this event. “These informative stands are significant, we elaborated them and tried to show the scientifically complex information as simple and understandable as possible.

Geological and geomorphological nature monument “Staldzene steep coastline” was created in 2001. with an area of 8.6 ha to protect and preserve unique moraine outcrops of Kurzeme glaciation, clay deposits of the Latvian ice age final phase and deposits of other historical stages of the Baltic basin.

2001. In 2001 after the storm at Staldzene steep coast, the bijouterie and the artefacts of the Bronze Age (7th century B.C.) have been exposed being the biggest such type deposit in the Baltic States, presently exhibited in the Ventspils Museum of the Livonian Order castle.