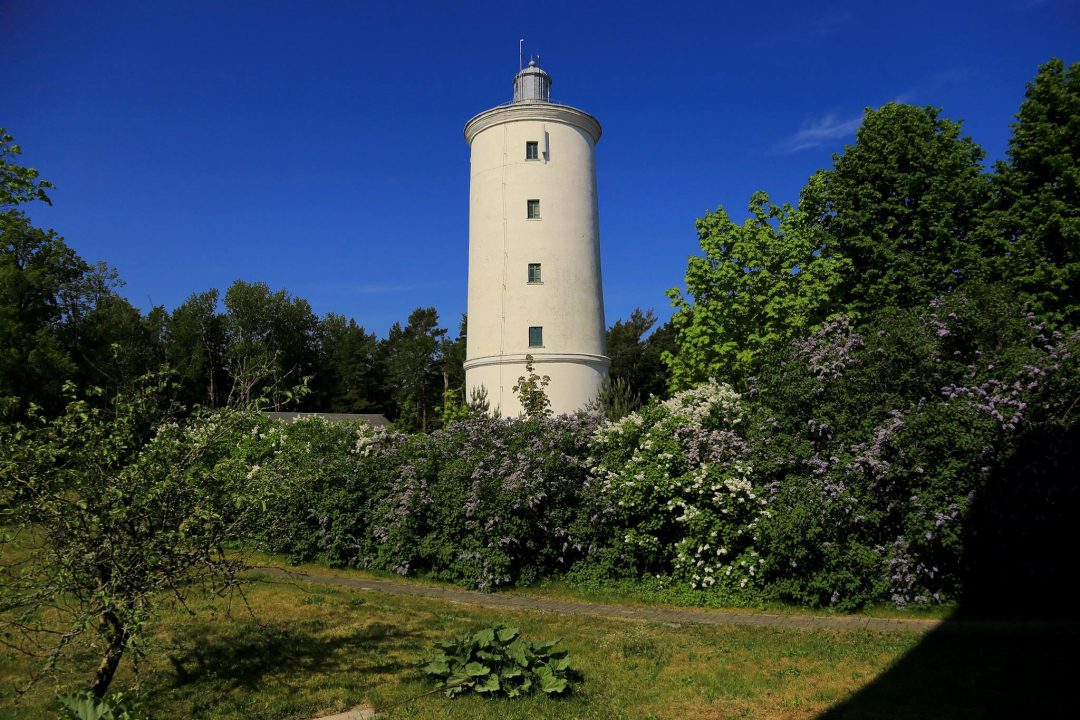 Oviši Lighthouse is the oldest navigation building in Latvia preserved until today without visible changes. It is 33 m high cylindrical stone tower. Initial lighthouse was built in 1809, present in 1905. The construction of the lighthouse was completed in 1814 and has survived to our days without architectural modifications.

The lighthouse is 37 m high and there is an exposition of the history of lighthouses.

White light that can be seen from 7.5 miles away flashes every 7.5 seconds. Ovīši Lighthouse is in Ventspils district, Tārgale parish.

The lighthouse also had a light apparatus with beam thrower lenses, operated by a clock mechanism, but this mechanism was taken to Russia in 1915. The German occupation authorities installed a new lighting system with an acetylene torch, which was used until 1961.

In addition to the exhibits – navigation items that were used at different times in different lighthouses, including in Oviši – new interactive exhibits created using the latest technologies are now available, so the history of navigation can be learned not only visually, but also through hearing and touch.