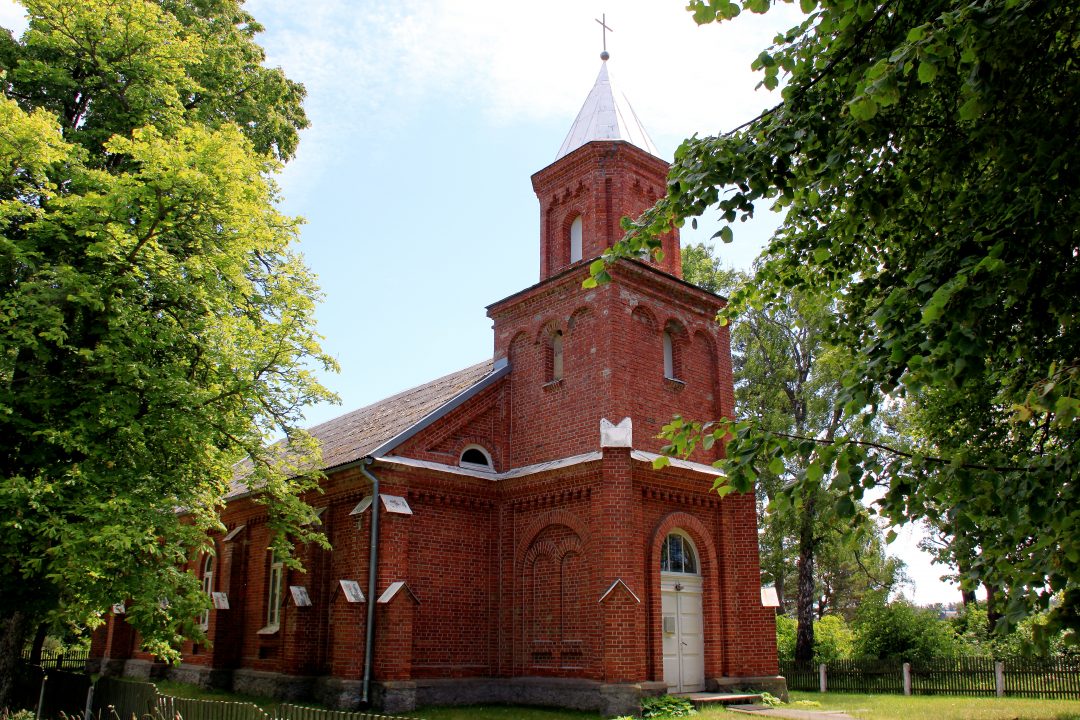 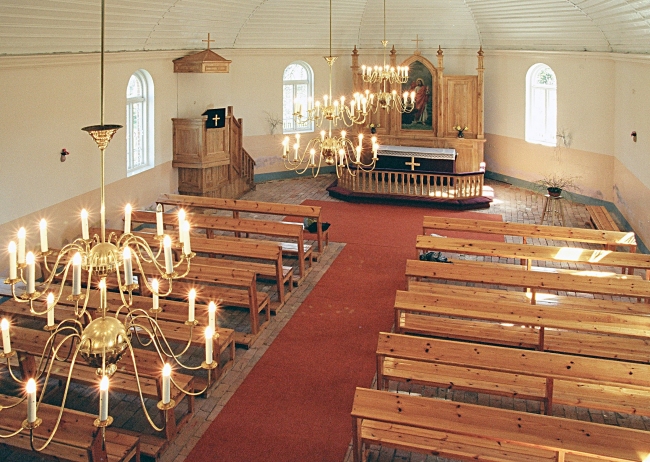 Interior shows ancient ornaments with possibly deeper meaning. During 1963-1989 congregation did not work (the building was used as club for pioneer camps).

Located in front of the lighthouse. It is also called the Church of Piza (Libyan name for Michael Tower). It was built in 1893. During Soviet times, the building housed a pioneer camp club. It now serves its primary purpose again.

Church is available for viewing only before and after services, which take place in the church only during big celebrations.