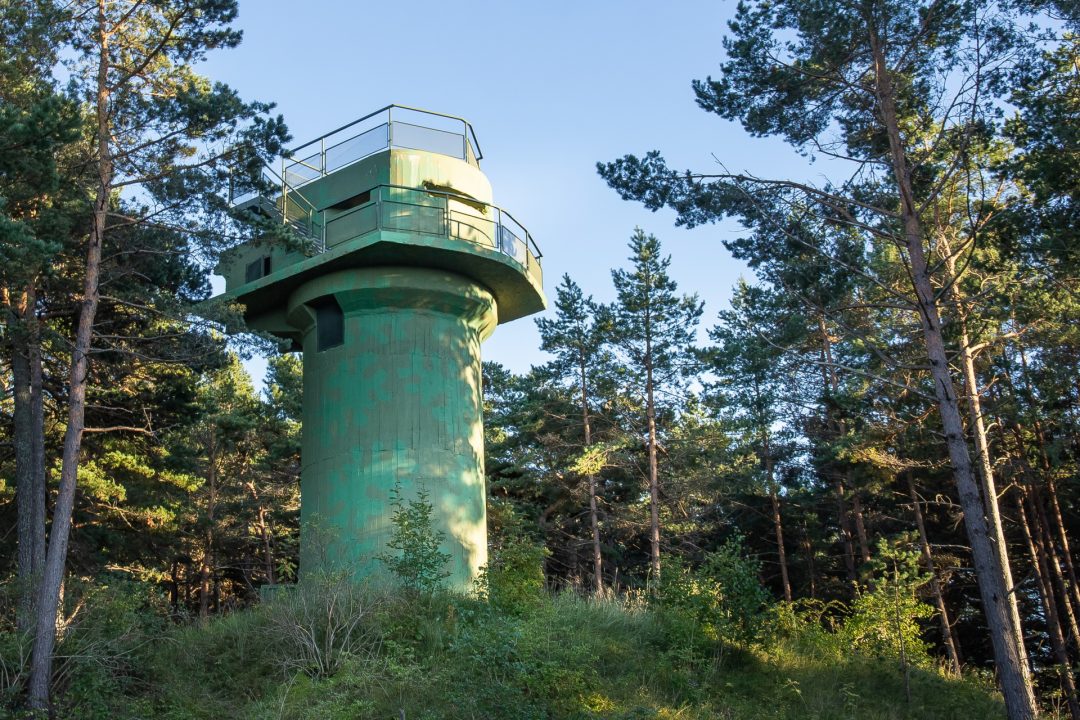 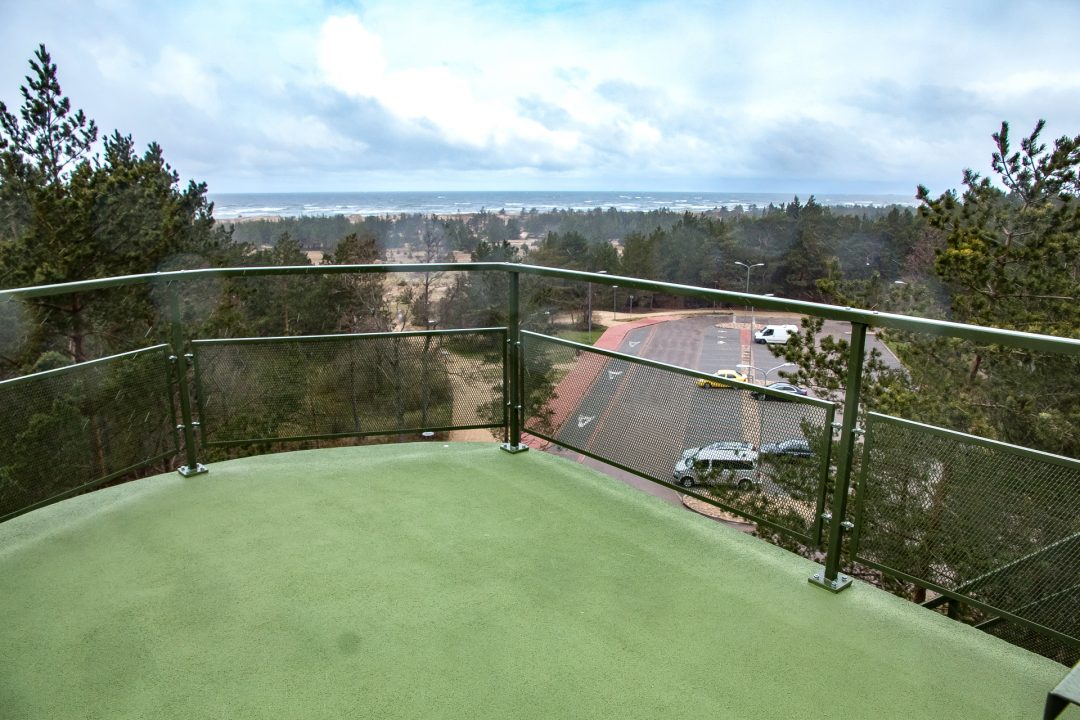 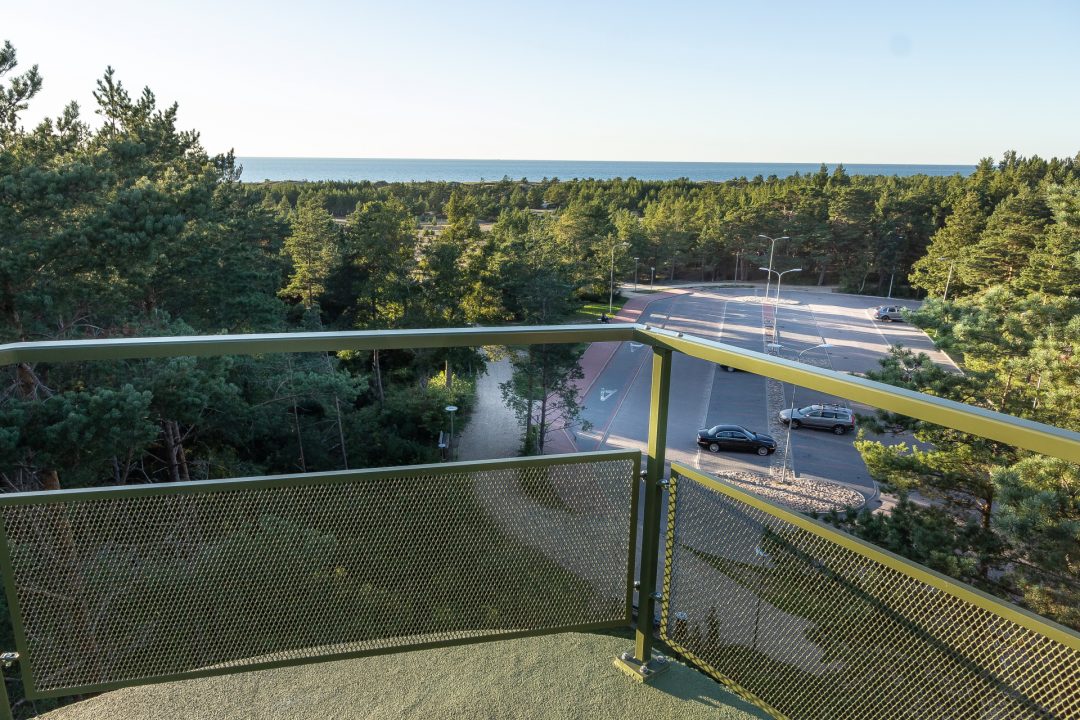 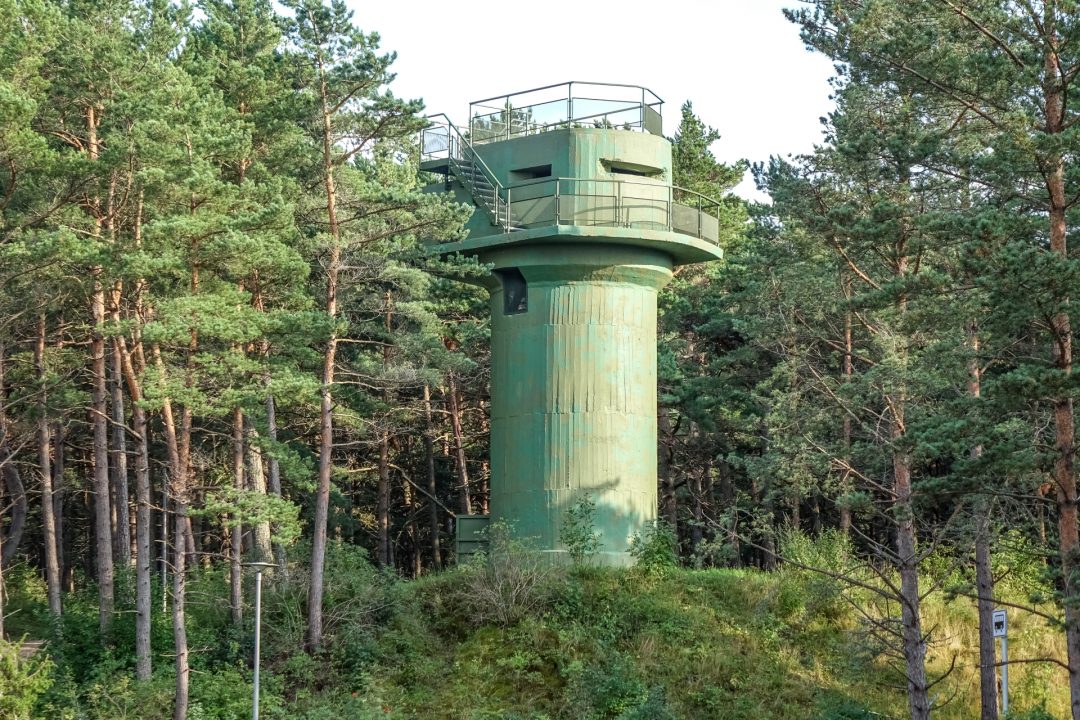 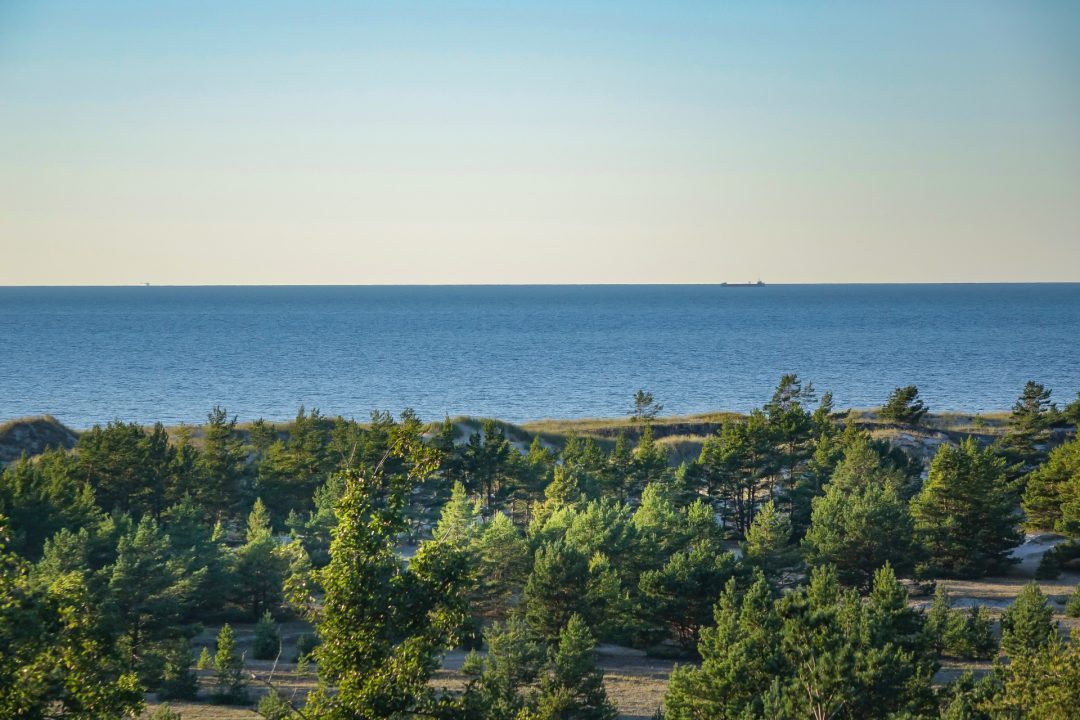 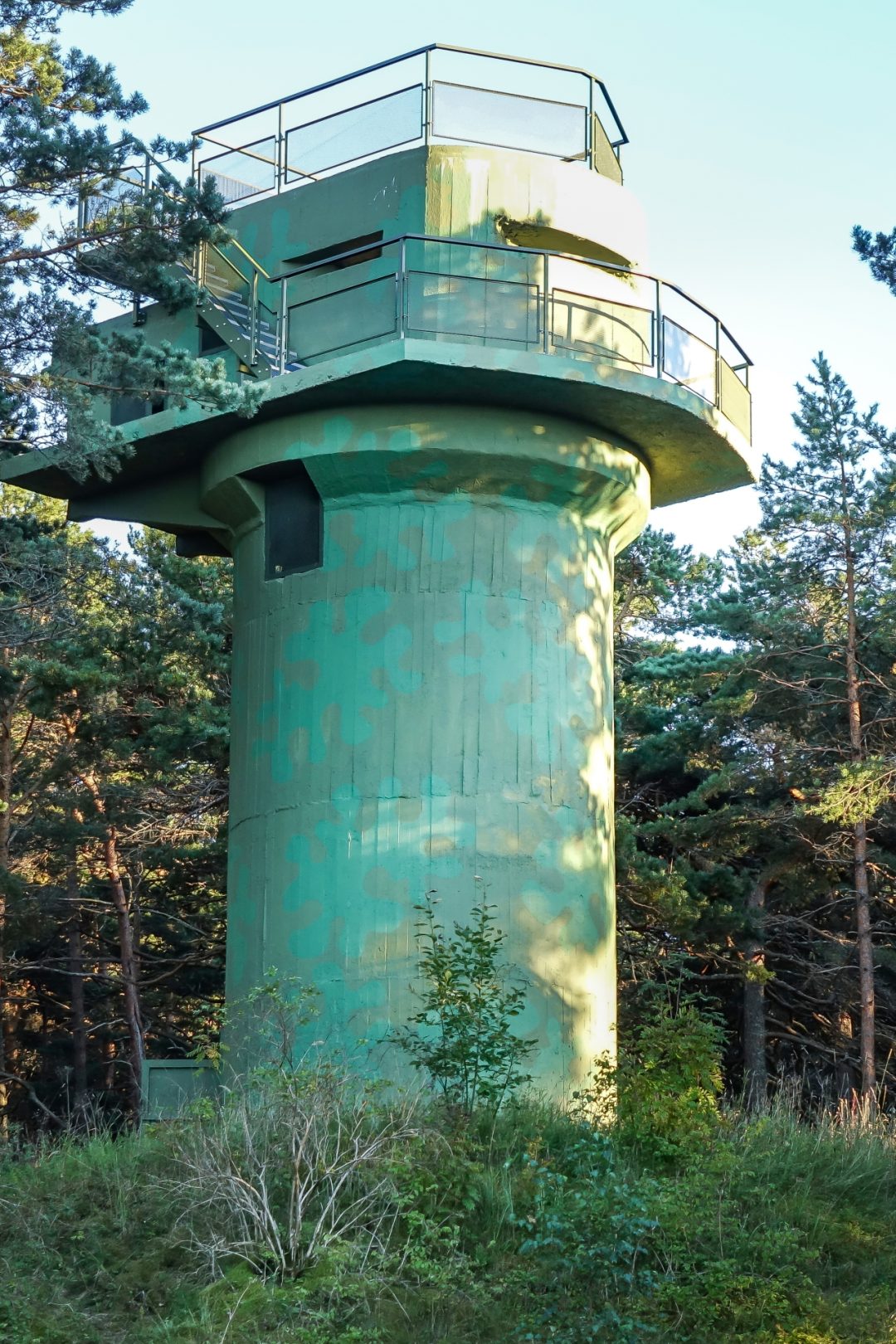 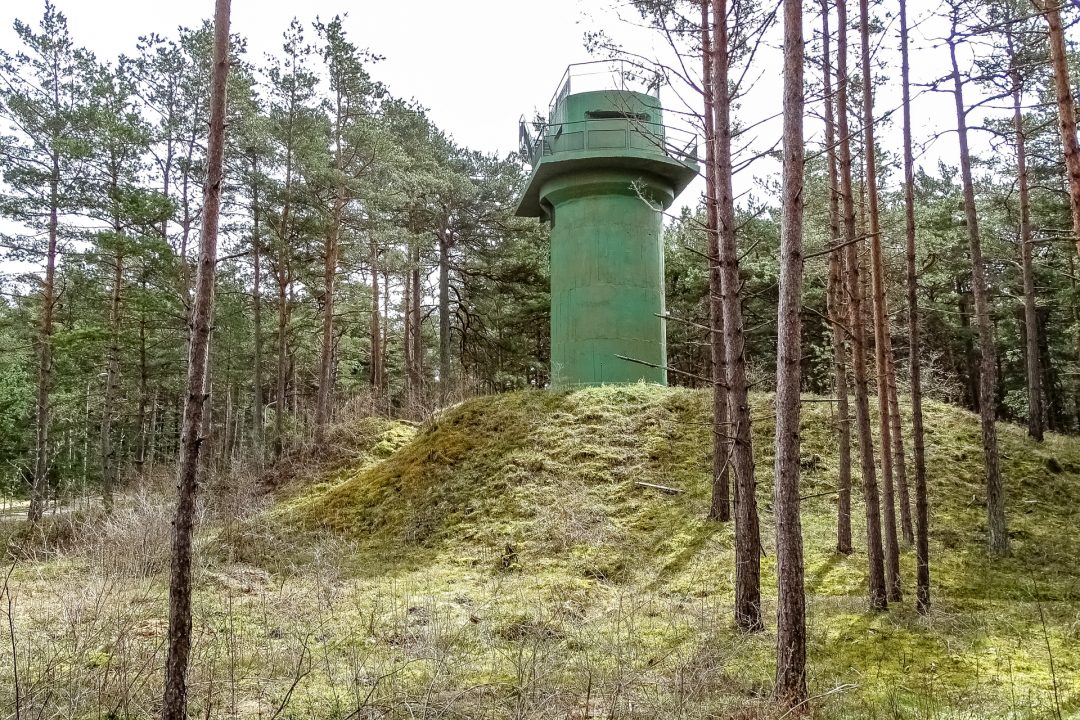 The fire control tower of the 46th Coastal Defense Battery has been restored, making it accessible to visitors as an observation tower. The fire adjustment tower of the Ventspils 46th coastal defense battery with the adjacent four cannon positions is the only coastal defense battery in Latvia that has been preserved in such a good condition, which has preserved the fortification principles of the Second World War. In addition, the tower of the 46th Coastal Battery of Ventspils is the only restored tower of this type in the Baltic countries.

The tower is open to visitors, who can climb up the internal steps to the observation deck, which offers a view of the sea. An information has been installed to provide a broader view for visitors; the QR code on the stand allows to watch an animated video.

The military heritage complex was built in 1939, by starting the construction of the USSR military bases in Latvia. 46. The 46th Coast Guard Battery contained fourtype Б -13 cannon positions.

The first battle of this battery – on 24 June 1941, when the Port of Ventspils was attacked by a German torpedo boat, which was driven from the shore of the Baltic Sea with the help of the battery counter-fire. 28. On the morning of June 28, the cannons were blown up.

The fire correction tower of the Ventspils 46th Coastal Defence Battery was an important military facility during the Second World War. The history of the tower is connected with the Molotov – Ribbentrop Pact signed by Russia and Germany, according to which Latvia was included in the sphere of interests of the USSR. Within the framework of the “Treaty of Friendship and Mutual Assistance”, the establishment of Soviet military bases on the territory of Latvia, including in Ventspils, began. Four artillery positions, a fire correction tower, a command post, a water bunker, a generator/boiler room bunker, and an engineering bunker were built here. A military town was built nearby. At the beginning of the war, the 46th Coast Guard Battery was attacked by several German air raids. The first battle of the battery occurred in June 1941, when the German-fascist aircraft raided the city, port and airfield. At first, the enemy was driven out, but later, when the situation in the city became more threatening, the artillery pieces were blown up, and the Soviet troops left the city. Later, with the arrival of the German fascist troops, the exploded guns were dismantled and replaced with German guns. At the end of the war, the facility again passed into the hands of the Soviet troops.