100TH ANNIVERSARY OF THE RED DEER 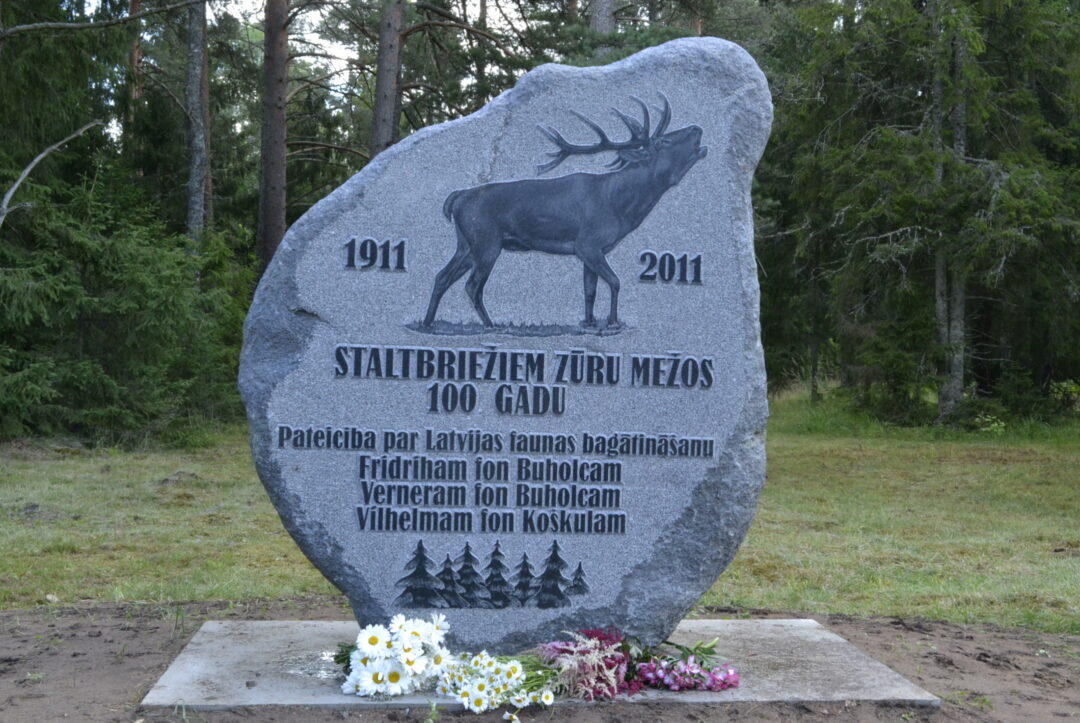 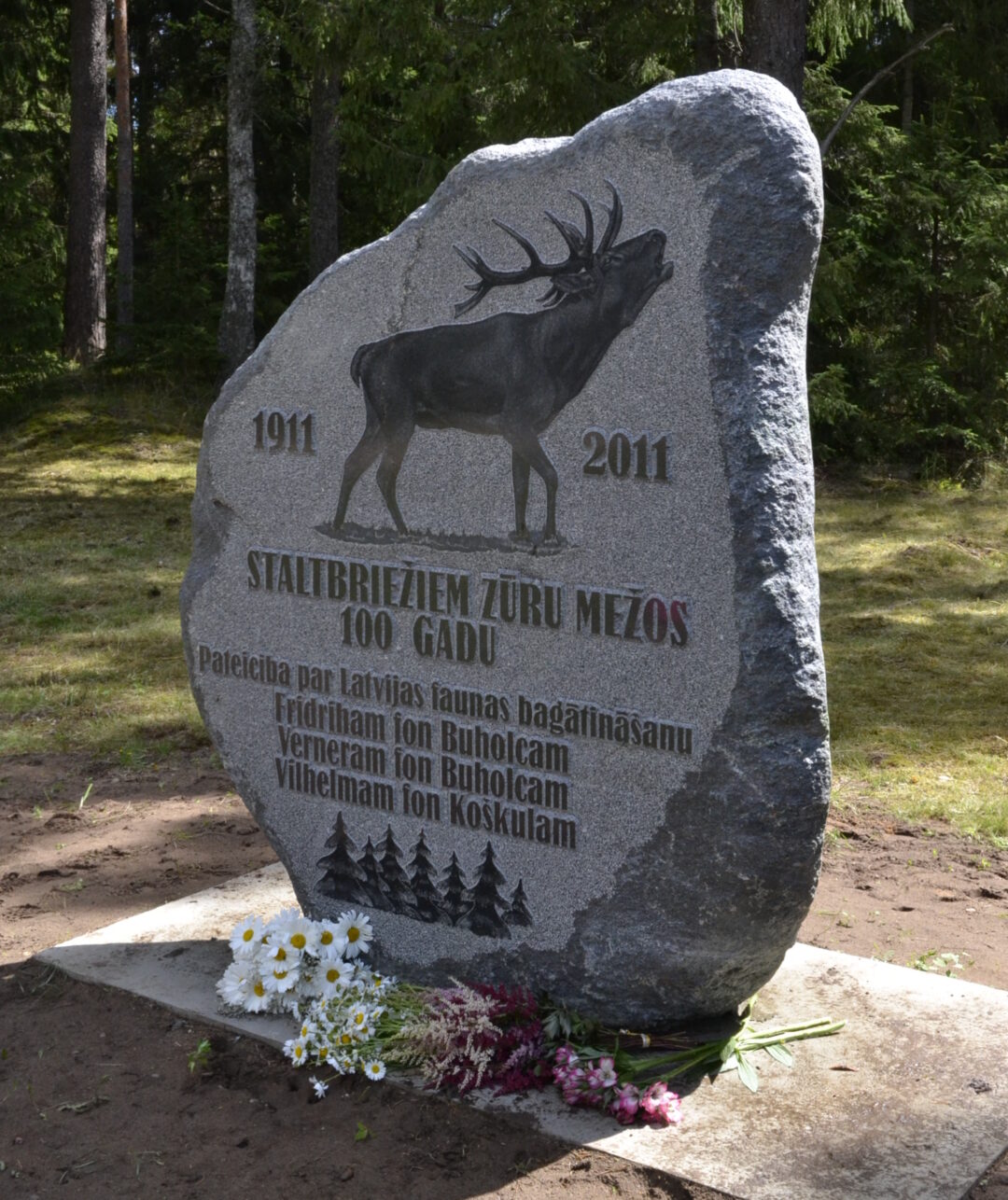 At the turn of the 19th to 20th century, the owners of Gārzde, Zūri and Tārgale manors, brothers Friedrich and Werner von Buchholtz, and their neighbour Wilhelm von Koskull began to breed wild boars (which had not been found here) and red deer in the open air. They set up a paddock of about 5 hectares, and in January 1911 the first 16 red deer were brought there from the hunting farm of the Russian imperial court.

100TH ANNIVERSARY OF THE RED DEER