Why are there so many Cows in Ventspils? 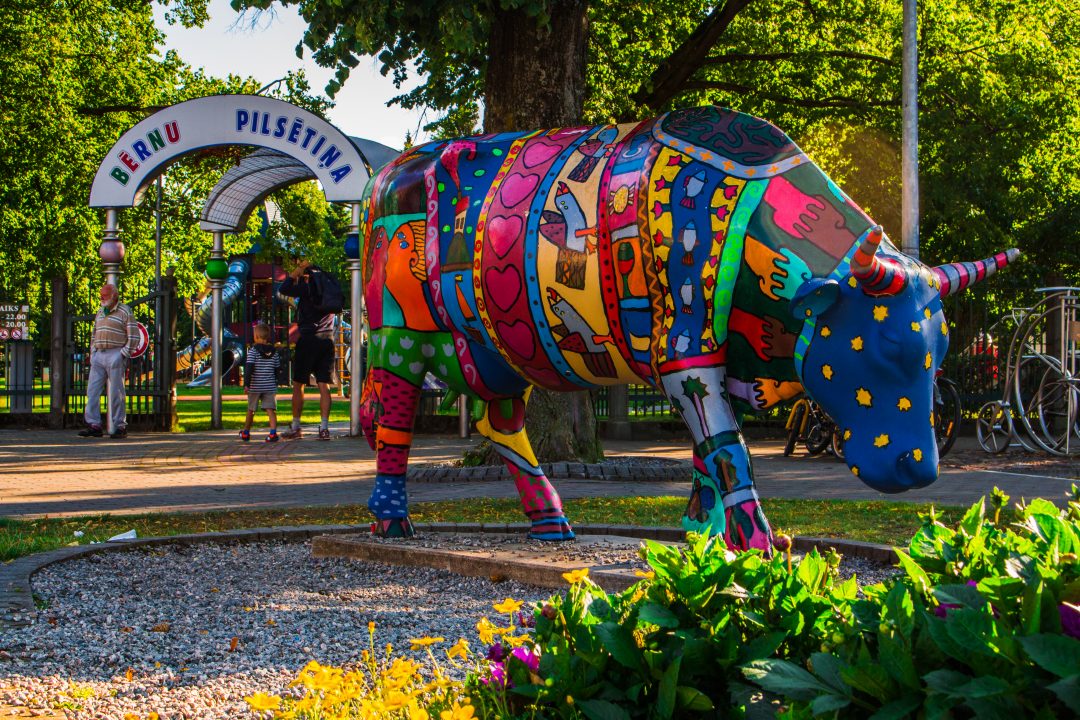 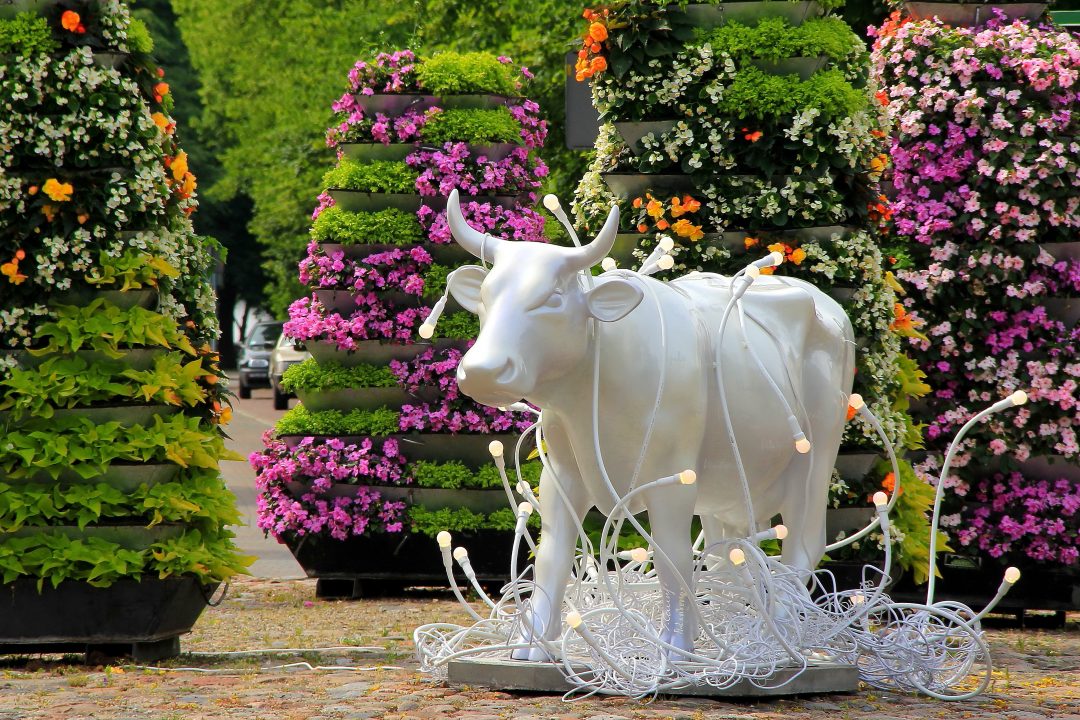 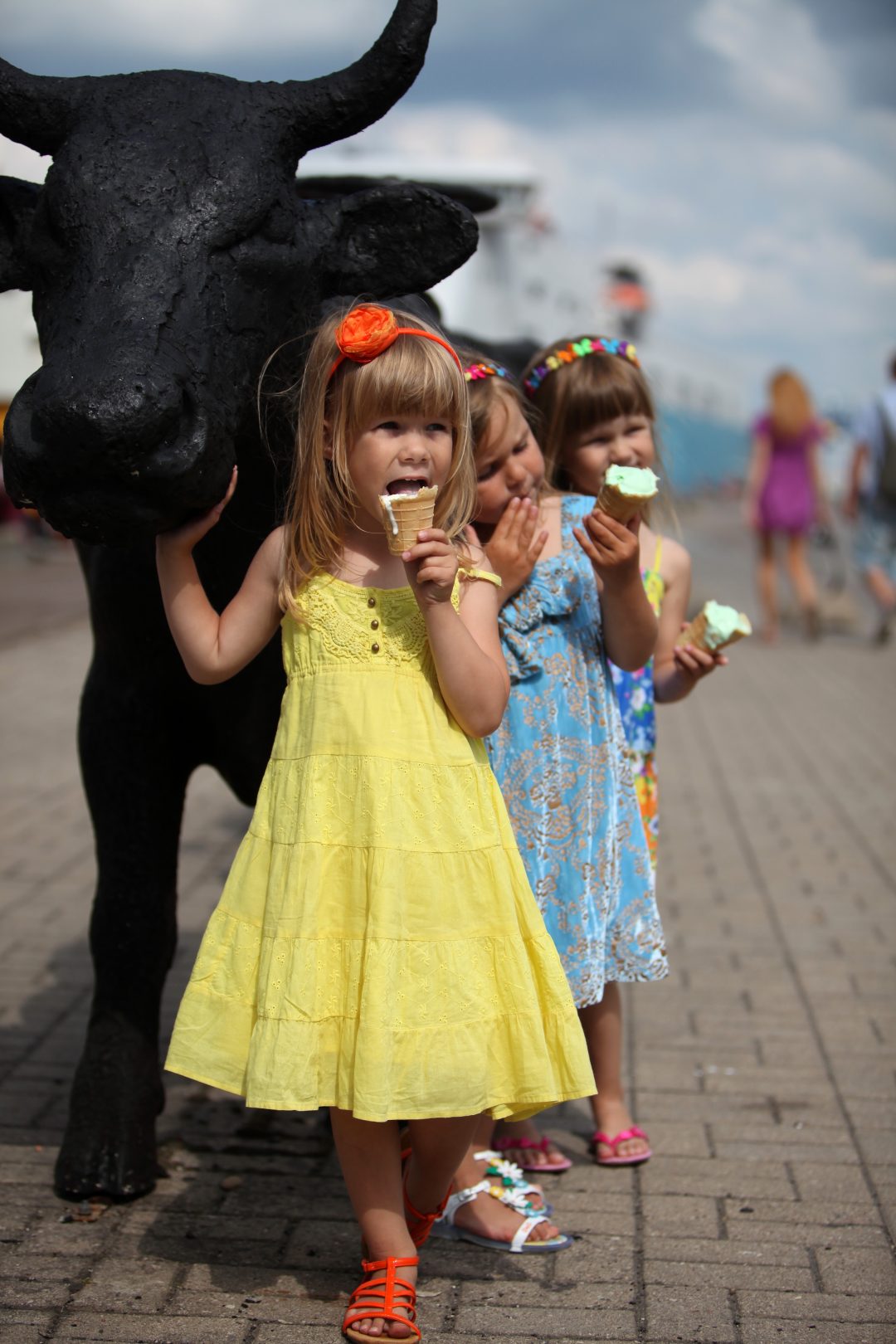 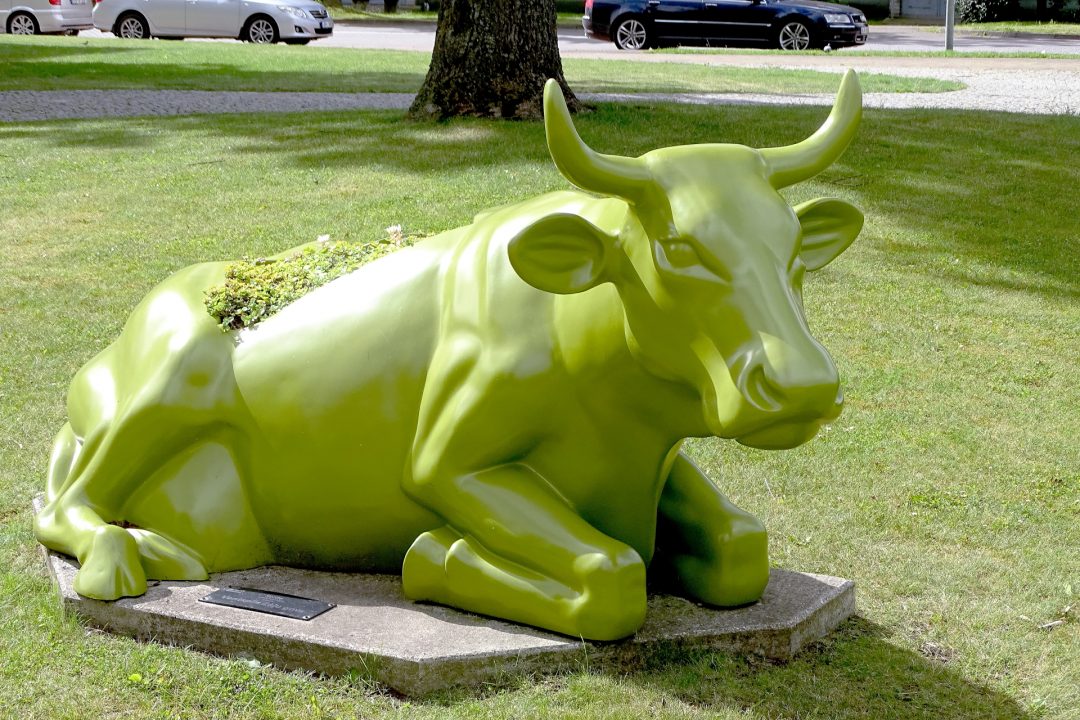 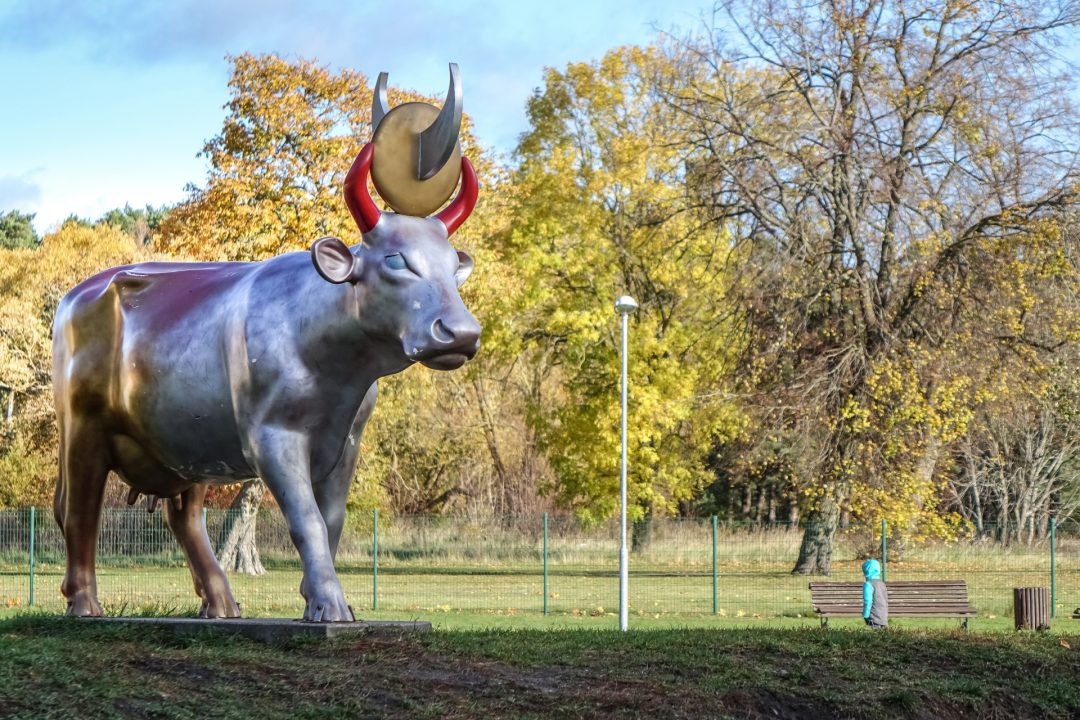 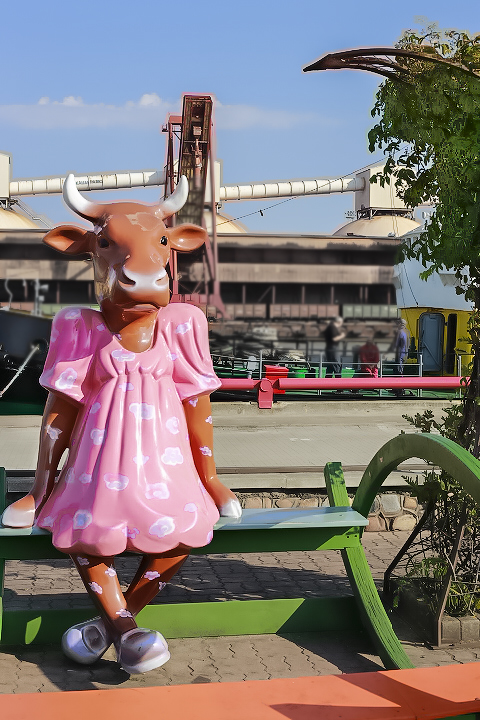 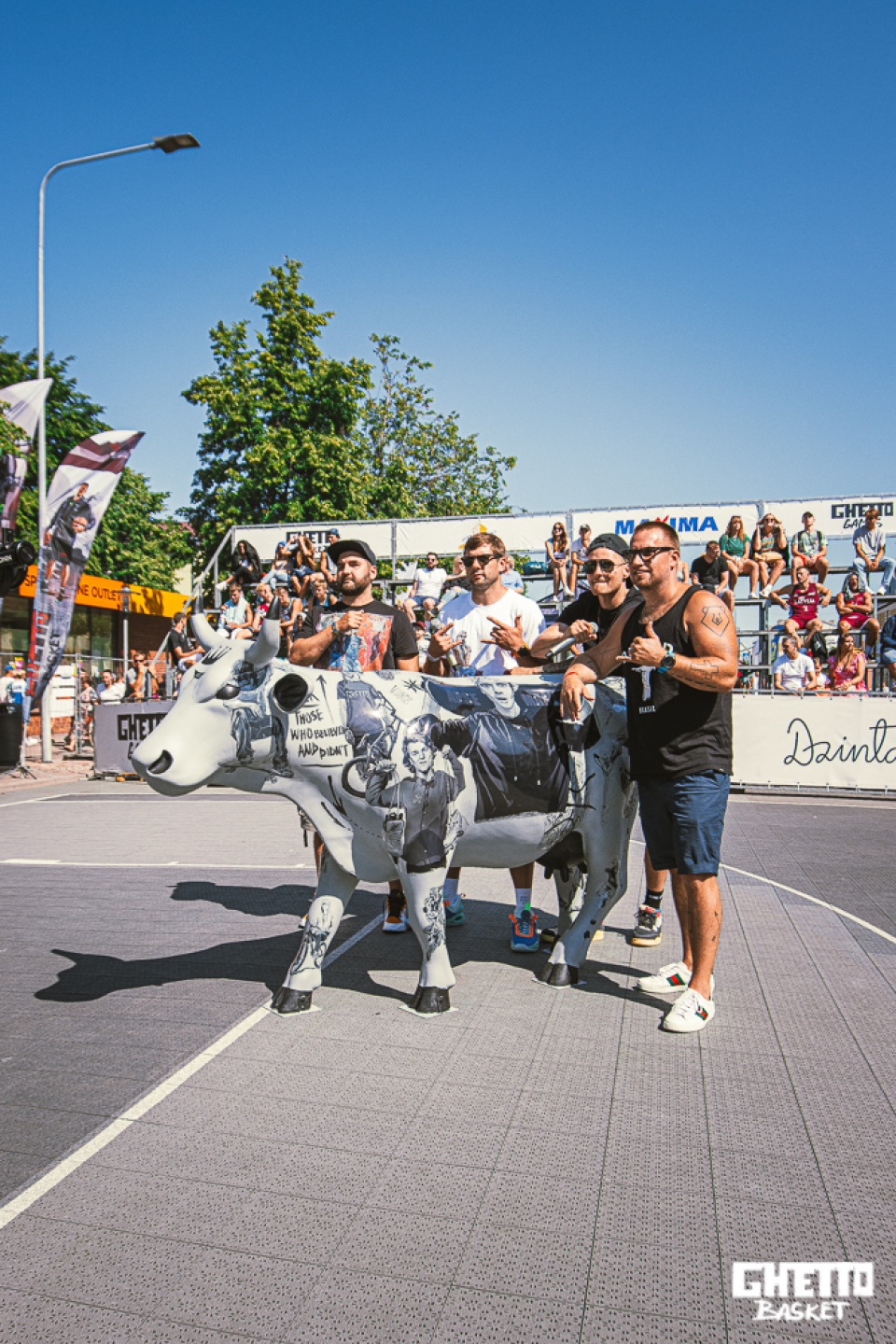 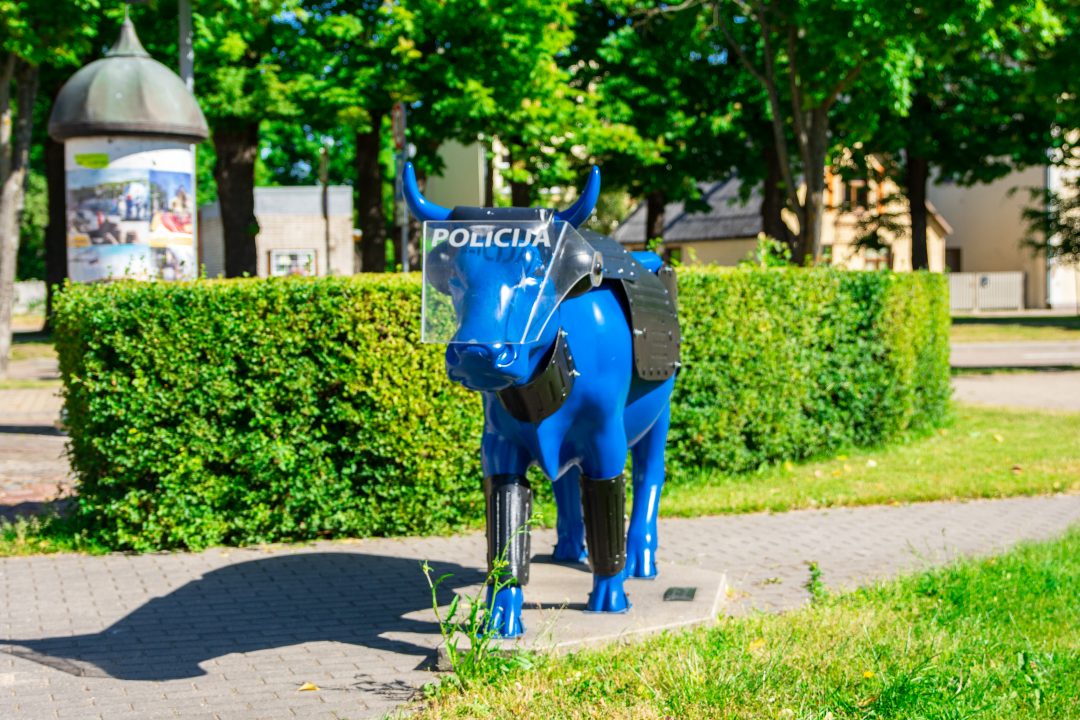 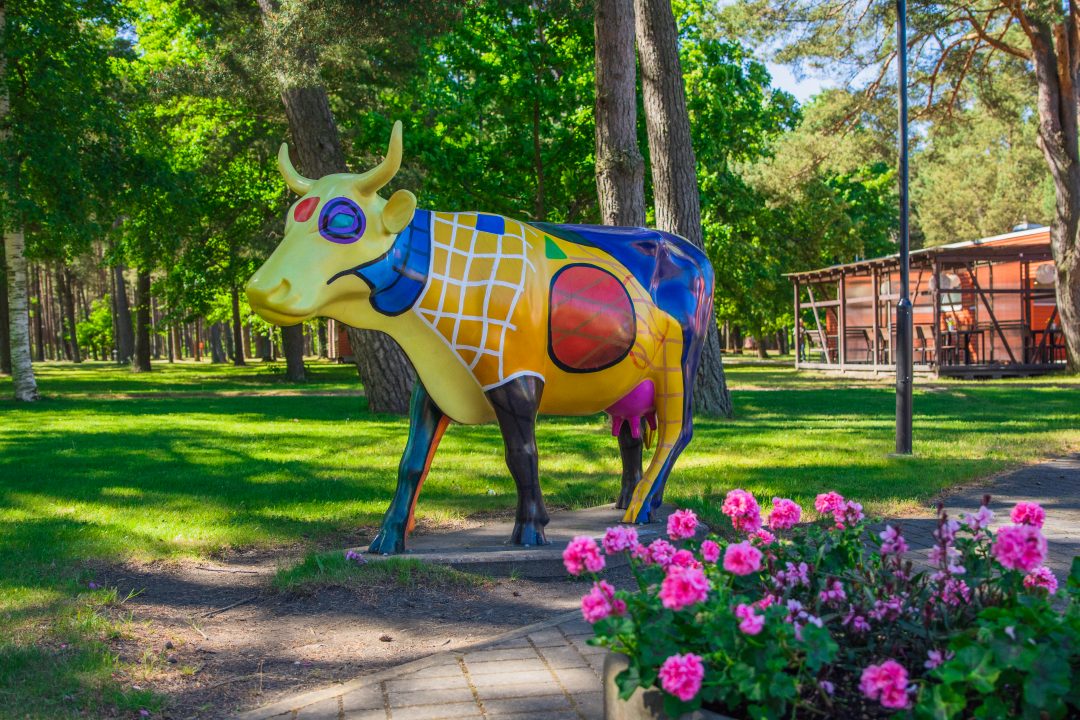 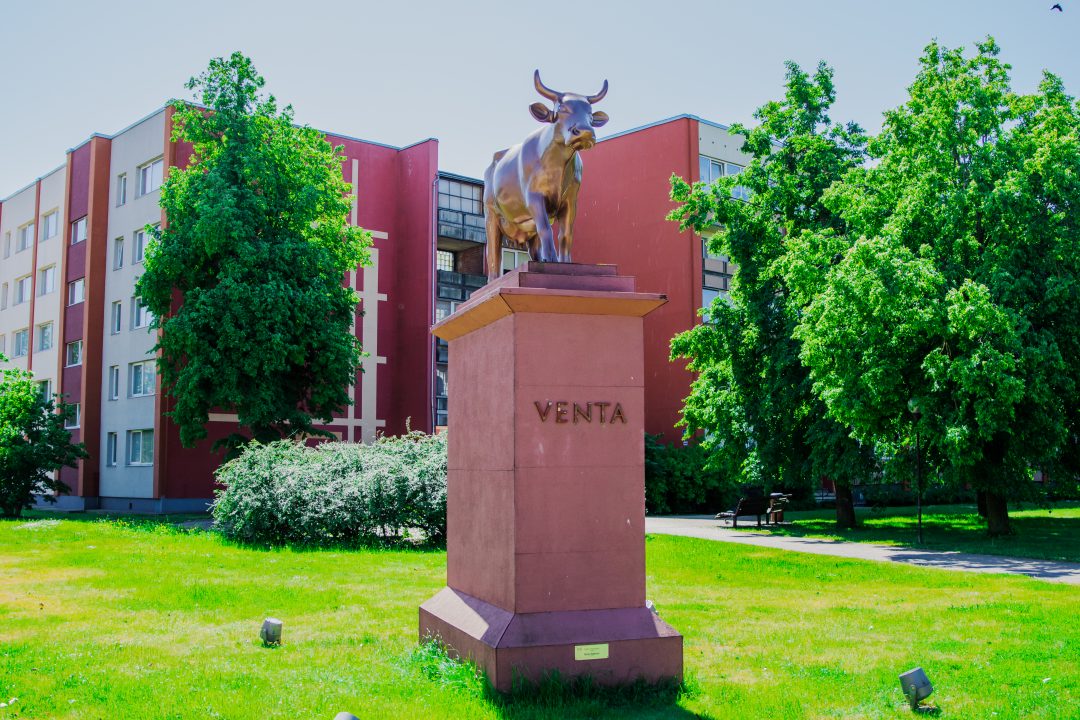 History of the Cow Parade

Cow Parade is an international public art exhibition that has been shown in major cities around the world. Cows come in a variety of sizes and shapes; the history of CowParade began in Zurich in 1998 with its artistic director, Swiss-born sculptor Pascal Knapp, who also owns the copyright to the standing, lying and standing fibreglass cow forms that are used in CowParade events.

The art project was based on an idea that was first realised in the same city in 1986: lions as a symbol – from Zurich – were painted and then displayed throughout the city. The concept was brought to the United States by Chicago entrepreneur Peter Hanig who, together with Louis Weisberg of Cultural Affairs, organised the Cow Parade event in Chicago in 1999, after which the Swiss company CowHolding Parade AG began to develop the idea and expand. The success of this company inspired many other cities to implement similar charity fundraising projects. The idea has been adopted by other cities that have chosen animals for public art projects with painted fibreglass sculptures.

The fibreglass cow sculptures were created by local, national artists, expressing their vision, message and story to society through the image of the cow. They created artworks and designs specific to the local culture, aimed at reflecting the life, values and other relevant themes of the city; the painted cows were placed in public places in the city centres, such as railway stations, promenades, important streets and parks. After the exhibition in the city, which can last several months, the cow statues are auctioned, and the proceeds donated to charity.wikipedia.org/

The cow is a universally loved animal. The cow represents different things to different people around the world – it is sacred, it is historical, it connects us to our past, but the common feeling is affection. The cow is something magical that transcends the world. It simply makes everyone smile. /www.cowparade.com/

2002. In 2002, Ventpils hosted the Cow Parade 2002, which is considered as the largest and most successful public art event in the world. At the time, 26 life-size fibreglass cows were transformed into wonderful works of art and auctioned off at a charity auction. Six exhibits from this Cow Parade are still on display in Ventspils.

2012. In 2012, to mark the 10th anniversary of Cow Parade 2002, the streets, squares and parks of Ventspils were once again visited by 24 colourful and diverse participants of Cow Parade Ventspils 2012, created by artists from Latvia, Lithuania, Estonia and even Azerbaijan. As part of the patronage project, all the money raised from the sale of the artworks went to charity – a playground was built for the pupils of the Selga orphanage, and the cows went to their new owners after the auction, but some of them are still delighting visitors to the city and the people of Ventspils.

28 cow sculptures of various sizes and colours, created by famous Latvian and foreign artists, can be seen in Ventspils. There are 25 life-size fibreglass cows and 3 large cows in the city – the Sailor Cow, the Flower Cow and the Travelling Cow – 4 meter high and 7 meter wide.

Almost 10 years later, a new exhibit Ghetto Games Cow has joined our parade – the visual material was created by Vladislavs Lakše, the world-famous artist of Latvian origin. The cow was created in the spirit of the extreme sports festival and depicts athletes from Ventspils – Tomas Grīnbergs, Madars Apse and Kārlis Lasmanis, as well as other well-known athletes.

A walking map was created to make it easier to find all the cows in Ventspils.

How did Ventspils get the honour to host this parade?

It was an international project that is considered as the world’s largest and most successful public art event, it was also noticed in Ventspils. The idea of the city’s participation in this project was presented by the municipal personnel to Aivars Lembergs, Head of Ventspils City Council at the time. He was interested in the idea because it was very clear that the internationally renowned art and patronage project Cow Parade would ensure wide recognition for the city whose name would stand alongside the world’s largest cities in the area of urban marketing, all of them united by an understanding of the importance of a comfortable, orderly and attractive urban environment, of which Ventspils has always been proud.

How were the three large Cows (Flower Cow, Sailor Cow, Travelling Cow) made?

The Ventspils City Council are the authors of this idea. When the small cows appeared, they inspired the idea that these small cows should be enlarged to add variety to the urban environment.

The dimensions of the Sailor Cow were clear in a very simple way – a small cow on the pier would only be visible to pedestrians, but the size of the cow would have to be several times bigger to be visible from the deck of a ship. The giant cow Sailor Cow, created by Augusts Vilcāns in 2006, still greets the captains of ships entering the port of Ventspils. 2006. gadā Augusta Vilcāna radītā milzu govs ‘’Govs Matrozis’’ joprojām sveicina Ventspils ostā ienākošo kuģu kapteiņus.

2012. The idea of creating a giant cow statue out of flowers was born in 2012, in preparation for the tenth anniversary of the Ventspils Cow Parade. Ventspils is also known as the flower capital of Latvia, which is why a four-metre high and seven-metre long flower sculpture in the shape of a cow was created in the meadow of Sarkanmuiža, surrounded by colourful Sea Stones flowerbeds.

The Travelling Cow created by Pauls Spridzāns symbolises the journey of the Cow Parade project around the world to the cities where these art parades have taken place; the cow is created as an old suitcase covered with stickers.

Why are there so many Cows in Ventspils?