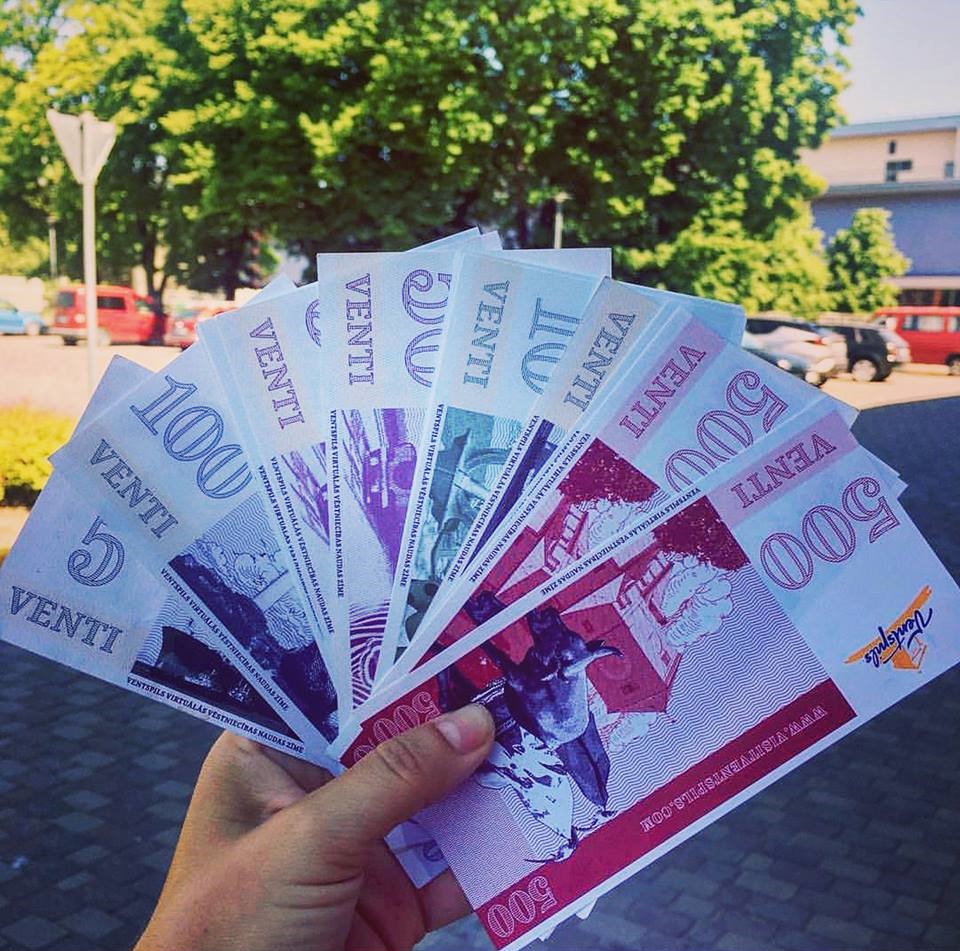 The ‘VENTI’ CAMPAIGN, also called “A STATE WITHIN A STATE”, implemented by Ventspils City in collaboration with the agency “DDB Worldwide Latvia”, aims at promoting the uniqueness and distinctiveness of the city, which had already previously created an impression of Ventspils as a state within a state.

On 12 October 2011 , Ventspils officially launched its own currency ‘Venti’, which can be earned by every city resident and guest. 100 ‘Venti’ are equal to LVL 1.00 (currently EUR 1.00).. The beginnings of ‘Venti’ date back to 1990, as the city celebrated its 700th anniversary. At that time, the currency was rather symbolic, as it was used in a lottery.

‘Venti’ is a non-monetary method of payment in Ventspils City. It is a local currency that gives certain privileges when visiting various recreational and entertainment facilities, tourist attractions, and cafés in Ventspils. ‘Venti’ does not, however, replace Latvia’s national currency – the euro.

All banknotes feature cows that were created by well-known artists in Latvia and placed all over the city during the International art and patronage project “Ventspils Cow Parade 2002”. The cows depicted on the banknotes are placed all over Ventspils, and they are still the most popular tourist attractions.

Given that the city has its own flag, coat of arms, language, and even its own time zone, it was only natural that the idea about launching its own currency ‘Venti’ and creating its own virtual embassy www.visitventspils.com was born.