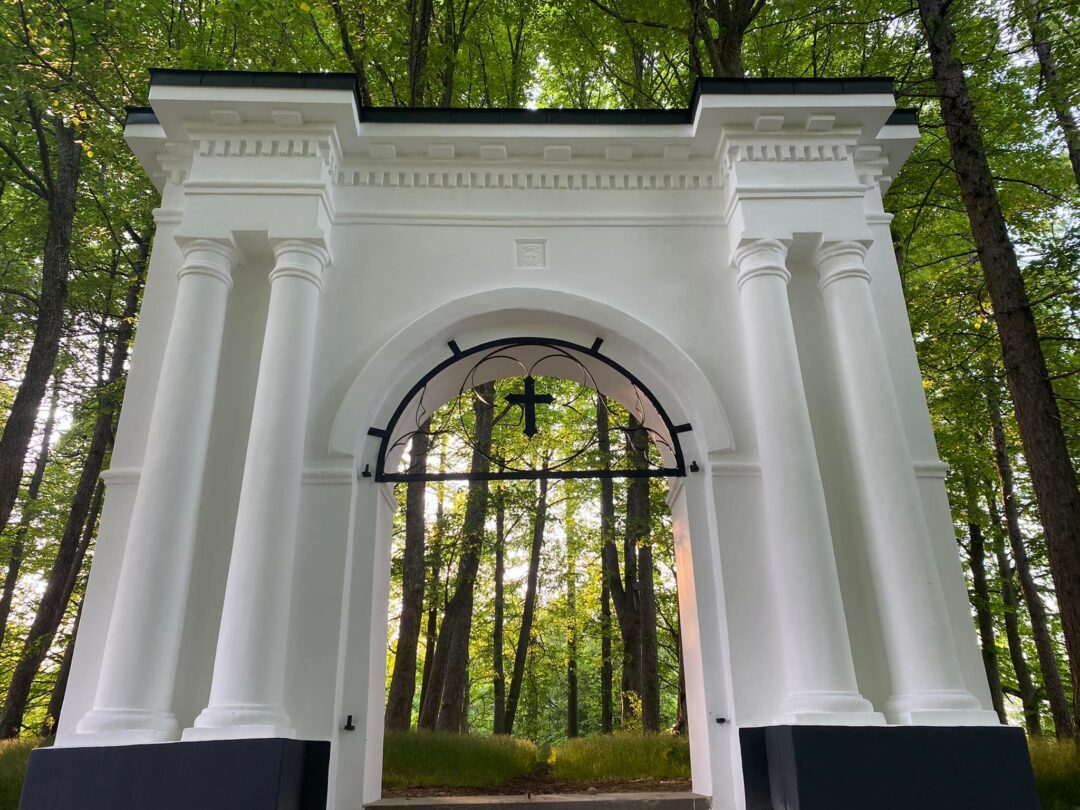 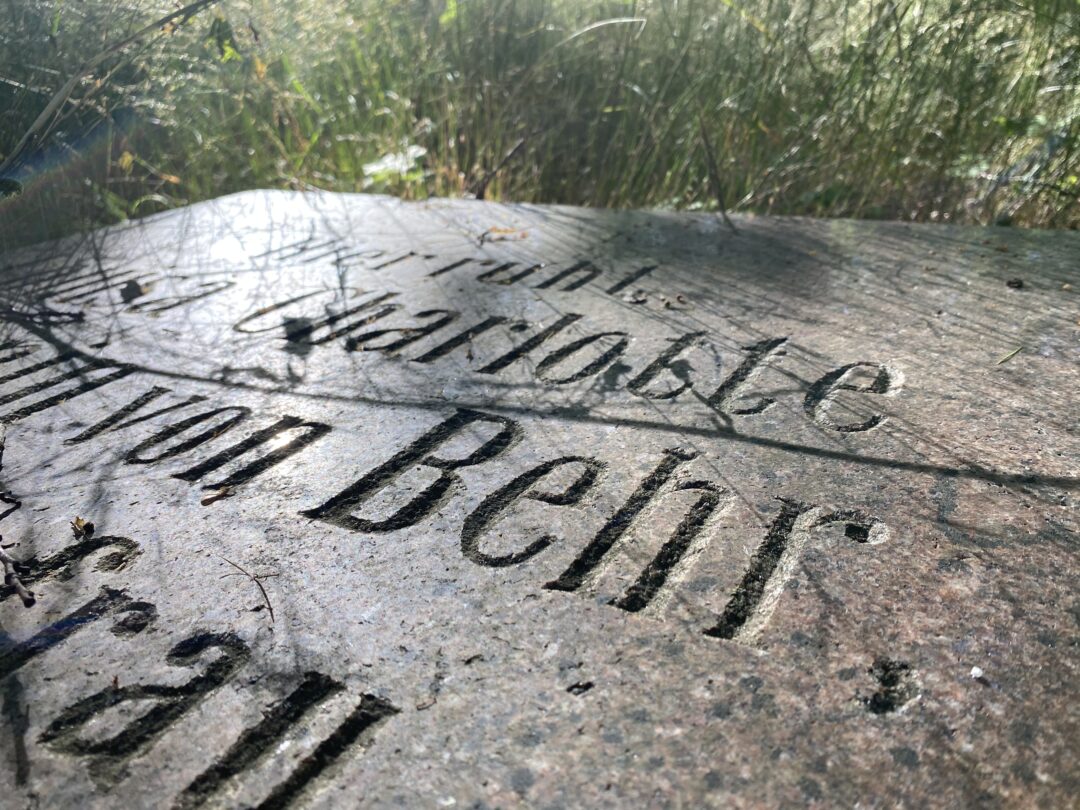 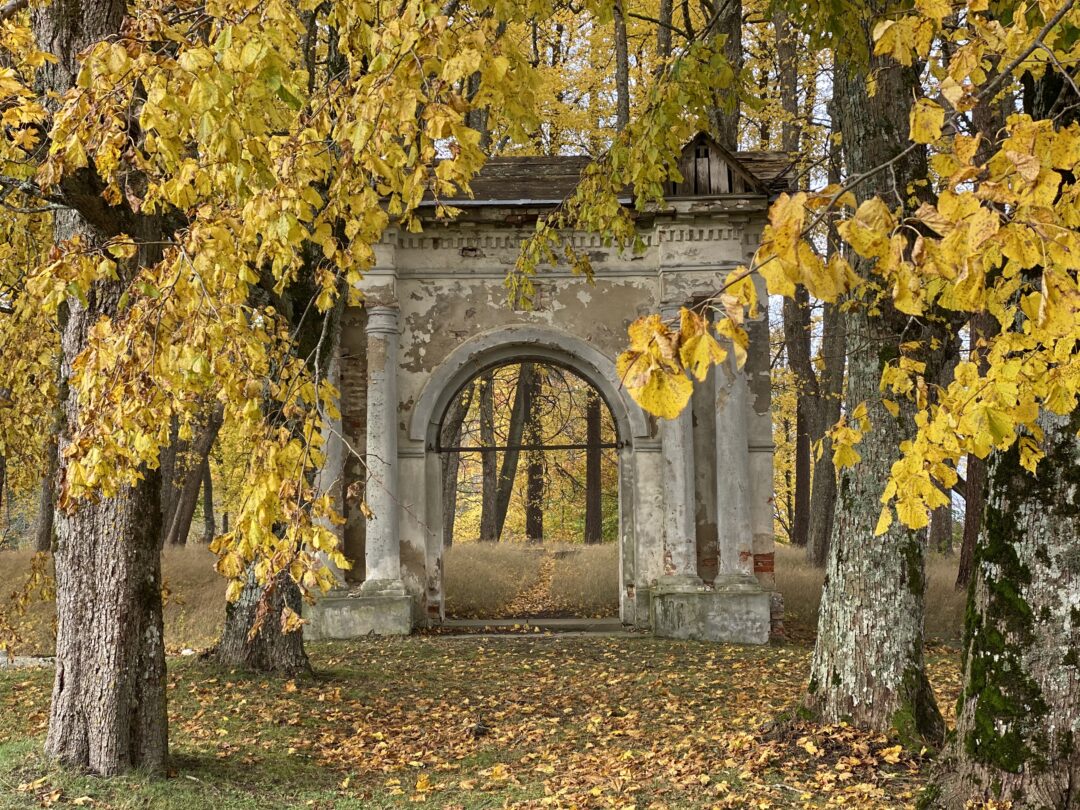 To the west of the Pope Church, there is a road through the alley to the Pope Barons’ Cemetery.

The cemetery was established in 1799, after the death of Baron Ulrich von Behr. Previously, the coffins of the manor owners were placed in the church cemetery, but later they were reburied in the cemetery.

The cemetery is designed in the shape of a circle with a cast-iron fence reinforced with granite poles and circular plantings. The cemetery gate, which was previously decorated with inscriptions and the heraldry of the von Behr family, is striking. The historic cemetery fence and gate wings were destroyed in the second half of the last century when burial sites were levelled and grave monuments were placed next to the church. The cemetery gate arch has also suffered greatly over time. After the renovation of the gate arch in 1898, different roofing was installed on it, which changed its overall style.